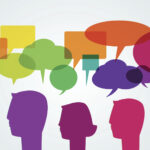 Technology that can detect speech disorders

John Guttag and a team of researchers from MIT and Massachusetts General Hospital’s Institute of Health Professions have developed an automated computer system that helps in diagnosing speech and language disorders in children.

If diagnosed at a young enough age – ideally before kindergarten – early-childhood intervention in children with speech and language disorders can greatly improve their likelihood of academic and social success later in life. However, 60% of children with these impairments remain undiagnosed until long after kindergarten age. This machine-learning system offers an efficient and low-cost way of screening large numbers of young children for speech and language disorders in an automated and accessible manner, setting them up for better success in their futures.

This computer system uses AI to make judgements of children’s performance in a storytelling task, in which they are shown images and a narrative, and asked to recount the story in their own words. It analyzes audio recordings of speech based on features like first and second-order statistics of pause length and uninterrupted-utterance length, and can offer particular diagnoses based on the patterns of such acoustic features. The system was trained to identify the presence of any impairment, and identify whether it is a speech or language impairment.

The system is still in the preliminary stages of being tested. However, early experimentation has yielded promising results, with ROC values between 0.74 and 0.86. The variation in speech and language development in young children is high, thus making reliable assessments of speech in a standardized manner is a challenging endeavour. Taking an automated approach to screening for speech and language disorders is an exciting, new way of tackling the challenge of diagnosing speech and language impairments in children, early enough for intervention efforts to have the maximum amount of efficacy. This project is a shining example of how technology and AI can serve to enhance the academic potential of children at a young age.