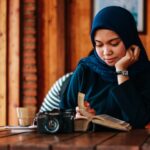 Do all languages involve activation of the same brain regions?

A remarkable new study by Evelina Fedorenko’s research group, published in Nature Neuroscience, showed that brain regions associated with language processing in native English speakers were also activated in speakers of 45 other different languages, while they were engaging in tasks such as reading, writing, speaking, and listening.

The team recruited subjects to perform language tasks while functional magnetic resonance imaging measured their brain activity. They discovered that brain areas specialized for language are distinct from areas associated with other cognitive functions, and are not activated when performing a cognitive task unrelated to language, such as spatial working memory or math problems.

Language is localized in the left hemisphere, and includes Broca’s area as well as other parts of the frontal and temporal language areas. Activation of these regions was similar across most languages studied, including English. The results from the study indicate that the same brain regions are activated regardless if one is processing language in English, French, etc., as long as it is one’s native language.

This study opens up avenues for cognitive science researchers to explore phenomena that are absent in English, and prevalent in other languages. An example of this is that English words tend to be fixed in a specific order to convey a particular meaning. Conversely, in some other languages, there is more flexibility in the arrangement of words. Other languages also tend to use morphemes more often to convey meaning, compared to English.

The article concludes by listing some possible areas of exploration, which include whether a difference in the tone in which a word or phrase is being delivered has any influence on the meaning of that phrase/word. Members of the Fedorenko lab are also currently investigating a concept known as the “temporal receptive field”, which is defined as “the measure of how many words that the brain’s language processing system can handle” at any particular instant in time (approximately 6-8 words in the case of English), and whether this varies depending on the native language in which one is fluent.