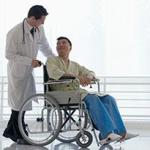 Two is better than one, at least for languages

A second language may be good for your health. A new study shows that bilingual patients are more likely to recover from a stroke, which results when lack of blood flow to the brain causes cell death, disabling function in all or parts of the brain. A study conducted by Thomas Bak, a Professor at the University of Edinburgh, observed the recovery of 608 patients in Hyderabad, India. They found that “40 percent of bilingual patients regained normal function after a stroke.” This amount was double the percent of monolingual speakers that made the same recovery. Researchers believe the cognitive effort required for the brain to switch between languages strengthens the brain, thus increasing the likelihood of the patient’s recovery.

This is not the first time science has suggested there are health benefits to knowing multiple languages. Research by Dr. Ellen Bialystok from York University in Toronto suggested that being bilingual can delay dementia by five years. Based on these discoveries, it is clear that the benefits of being bilingual go beyond its advantages in communication.