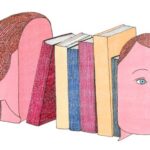 The neuroscientific mystery of hyperpolyglots

Two decades ago, British linguist Richard Hudson defined hyperpolyglots as people who are fluent in at least 11 languages. Hyperpolyglots are rare but have existed for centuries, and neuroscientists are trying to understand the nuances that set them apart from regular language enthusiasts.

People who achieve amazing feats like learning 30 languages or running a sub 2 hour marathon, as Eliud Kipchoge did, often inspire others. There is a presumption that inside every person is a polyglot waiting to be nurtured and grow. This may not entirely be the case, although there are many countries in which being multilingual is commonplace. There is an online community for people who are or aspire to be polyglots and some even venture to a Polyglot Conference every year. But it is clear that you don’t become a polyglot only by interest; it is something that takes dedication and hard work.

Neurogeneticist Robert Fisher was part of a team that discovered the FOXP2 gene, which has been popularly but incorrectly termed the “language gene”. A specific mutation of FOXP2 leads to verbal dyspraxia, a language disorder, but the genetics of language are more complicated than this gene alone. Neuroscientist Sophie Scott found an extra piece of grey matter in the auditory cortex of some phoneticians – people who have generally excellent phonetic skills.

Evelina Fedorenko, a cognitive neuroscientist, is studying how language skills differ among individuals. Using fMRI, she located the “language-responsive cortex” in subjects and studied the activity there. She has found so far that there is less activity when a subject listens to words in their native language and more activity when the language tests become more difficult. When a subject hears gibberish, activity diminishes. Hyperpolyglots seem to show more activity in different languages as well, but it is still less than the average person. No matter how difficult the task is, they use a smaller portion of their brain to process it. Perhaps hyperpolyglots were born different; in any case, they have many mysteries in their brains still to be studied.