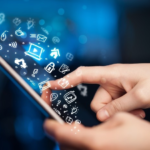 Technology in 2019 according to Asimov

On New Years Eve, 1983, Isaac Asimov wrote about his prediction of the state of the world and technology in the year 2019. Now that we have reached 2019, it is worth reflecting on his predictions.

Some of Asimov’s most valuable insights involve computers. He postulated that the shift to a computerized world would be rapid and difficult. Simple factory jobs would have their workers replaced with robots, and new jobs would be focused on technological development. Moreover, education for workers would have to change to allow people to become “computer-literate”. This transition would be almost over in 2019 and there would be a new generation growing that thrives in a technological world.

Asimov got it right in many ways. Computerization has taken over our world and there is a new emerging generation of computer-literate individuals. Interestingly, Asimov asserted that the world would essentially be “running itself”, which would allow individuals more leisure time. It seems to be the opposite now – as computers and other technology open doors for us professionally and creatively at lightning speed, the new world has set a precedent for a fast paced work lifestyle with little room for personal time.

Education, in Asimov’s eyes, would also become more student directed due to the convenience of technology and subsequent diminished necessity of teachers. In reality, although computerization has reached schools, students do not normally direct their own learning. This raises questions about how we should be using technology to aid teaching. Perhaps we can use technology to facilitate student directed learning.

Lastly, Asimov suggested that countries of the world would be forced to work together on issues that could be tackled using technology, such as the climate crisis. Cooperation would increase because any less than that would mean that everyone suffers. This optimistic view has yet to be fully realized, at least as of 2018. Tensions between nations seem to be growing even higher and technology is pulling us apart, rather than bringing us together. Perhaps it’s time for us to reflect on the world to which technology could take us, and try to change the course of our fate.