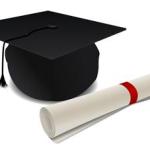 Are students getting bang for their buck?

An article in the Economist brings into question the actual value of a university degree, a seemingly popular commodity in modern society. In recent years, a degree has become synonymous with “a decent job and an entry ticket to the middle class.” With these promises in mind, students flock to top universities in hopes of receiving a degree that will impress future employers. Global enrollment rates among the student-aged population have risen from 14% to 32% over twenty years.

How are countries fulfilling this rising demand for post-secondary education? The approach tends to vary between countries and continents. While Europe allocates resources and funds relatively equally to its institutions, America favours a “market-based” system which contains a mixture of both private and publicly funded schools. Such a system results in a hierarchical structure where the well-funded schools sit at the top and the poorer schools fall to the bottom.

However, the question remains whether these top-tier universities deserve such a title, at least in terms of the quality of the education they provide. While the allocation of federal funding provides external motivation for schools to continue pushing boundaries in research, it leaves out the importance of effectively educating the students that attend the school. The government allocates funding to schools based on research rather than student success. It is this sort of mindset that results in the large discrepancy between research innovations and student performance at American schools. While 19 out of the 20 schools with the most highly cited research papers were American, the graduates from these schools “scored poorly in international numeracy and literacy rankings.” Many employers that hire students from these top schools do so, not because of the excellent education they believe they have gained from the institution, but because of the rigorous evaluation the student passed to simply attend the school.

It is necessary to re-evaluate the current post-secondary education system in America and make a change. More information must be gathered about how much students have really gained when they finally walk across that stage to receive their degree. The Economist recommends establishing common tests to evaluate the graduates’ knowledge and more importantly their ability to critically think. Are these students being adequately prepared to face the challenges that exist outside the hallowed halls of their alma mater?