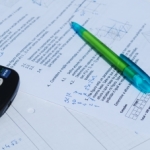 Is standardized testing taking up too much time?

There has been an increase in talk to reduce standardized testing in grade school across North America.

In Ohio, it was recommended by the Ohio Department of Education to reduce testing by roughly 20%. According to survey, Ohio students spend almost 20 hours a year taking such tests, and an additional 15 hours for practice tests. The proposal would reduce the total time for such activities to 3% of the school year. Nevertheless, the superintendent of public instruction at the Ohio Department of Education, Richard Ross, believes standard tests serve an “important purpose for monitoring and improving student learning”.

Or consider the controversial Foundation Skills Assessment (FSA), which is held in British Columbia for Grades 4 and 7. The BC Teachers’ Federation has asked parents to exempt their children from this test because it skews “school communities against each other and that’s what happens every year with those rankings”. Many public school teachers see this test (administered by the Fraser Institute, a public policy think tank) only as an excuse to “prove” that the private school system is superior to public schools (source). Meanwhile, the government does not work to improve the schools that rank low on the test.

I still remember the lengthy preparations that my class did for our Grade 3 assessment. My friends and I would race to see who would finish the practice papers as quickly and accurately as possible. As a child grows, standardized tests become increasingly important in the path towards their desired careers. Could there possibly be alternatives to standardized testing that could be proven more effective and time-efficient?