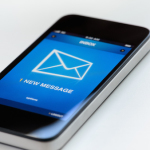 In a New York Times article, Susan Dynarski discusses why American students from low-income families are significantly less likely to receive a college degree compared to their high-income counterparts. Numerous attempts to close this gap in the US education system include dramatic education reforms, such as the introduction of the Common Core curriculum and the elimination of teacher tenures.

However, an effective solution does not always necessitate extensive amounts of financial support or large systemic changes, as proven by Benjamin L. Castleman and Lindsay C. Page. During their time as graduate students at Harvard, Castleman and Page designed a text message-based program that involved sending personalized messages to high school students, reminding them of college deadlines. The results were clear: 7% more students enrolled in college in the group that received the text messages compared to those who did not, a large increase in the world of education. At only USD $7 per student, the program proved highly effective.

Similar applications of this idea were tested on parents with young children, by sending them messages providing tips on how to read to their children. The children of parents who received the messages “were more likely to know the alphabet and the sounds of letters.” Similar positive results were found when the messages were used to improve homework completion rates. Each program only cost a few dollars per family – a small price for a high reward.