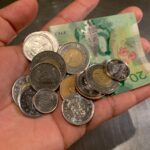 Reward yourself during the encoding phase to improve memory

Researchers wanted to determine how and when tangible rewards can influence the effectiveness of memory consolidation during these three phases. This is presented in a recent research article published in the academic journal Cognition, by a group from the Department of Psychology at McGill University.

Two parallel studies were done, in which participants were instructed to watch sixteen videoclips of humans engaging in mundane everyday tasks. Afterwards, participants had to answer irrelevant random questions for 10 minutes. This was followed by relevant questions about the scenes that they viewed, such as the overall takeaway from the clip, visual details, or questions about the context/background information.

In the first parallel study, participants were instructed that half of the clips were high-reward (participants would get $0.25 for every question answered correctly), and half were low-reward (participants would only be rewarded with $0.01 for correct responses) – and were made aware of which was which as they were viewed. In the second parallel study, participants were unaware of which scenes were high-reward and which were low-reward during the learning phase, but were then told which scenes were high/low-reward during retrieval. The contrasting results between the two studies indicated that the presence of rewards was a stronger motivator in the first study, in which participants were made aware of the rewards during encoding. However, being made aware of rewards during the retrieval phase had no effect on memory performance.

From a psychological standpoint, humans tend to place greater emotional energy and intrinsic motivation on the learning of new information that is likely to bring about high rewards. However, this is subjective, as what one may find to be highly rewarding may be not at all rewarding in the eyes of another person. Information that may not be as useful or valuable to a person may still get encoded into memory, but to a weaker extent, especially if the learning of that piece of information was paired with a low-reward rather than a high-reward. Whatever it is that the reward may be (as long as it’s meaningful and valuable to you), this research article provides scientific evidence that rewarding yourself while you are learning a new concept – but less so during retrieval – will benefit the recall of that memory in the long run.