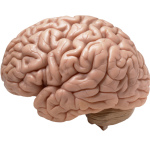 The teenage brain continues to be a topic of contention among neuroscientists as they attempt to account for behavioural differences between teenagers and adults. Dr. Francis Jensen, chair of the Department of Neurology at the University of Pennsylvania’s Perelman School of Medicine, believes that teenage behaviour, typically described as reckless and impulsive, has a biological explanation. As Dr. Jensen explains, the frontal lobe of a teenage brain, which controls judgment, impulse, insight, and empathy, has not yet developed strong connections compared to that of an adult, resulting in more impulsive, “novelty-seeking” behaviour.

On the other hand, Dr. Robert Epstein, senior research psychologist at the American Institute of Behaviour Research and Technology, adamantly refutes this idea, stating that the differences in the teenage brain do not bear any relation to their perceived behaviour. As he says, “correlation does not imply causation.” Instead, he believes the behaviour witnessed in teenagers is largely the result of cultural practices and beliefs. Over 100 other cultures throughout the world do not experience the same issues with teenagers. Epstein argues that if teenage behaviour could truly be explained by biology, it would be a global issue, rather than a problem in only a small fraction of cultures. The few cultures that experience contempt towards teenage behaviour, he recognizes, possess two key practices: the infantilization of teenagers and isolation from responsible adults. For example, the majority of North American teenagers spend a large portion of their time surrounded by their peers in school. Epstein states that this type of isolation can contribute to the impulsive behaviour that has come to define the teenage generation.