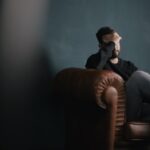 In psychology and neuroscience, many scholars and students alike are familiar with the saying “neurons that fire together, wire together”. This catchphrase was popularized after the discovery of Hebb’s rule, in relation to long term potentiation and neural synaptic plasticity. However, recent research has proven that this rule may not hold for associative memories that are found in traumatic experiences and post-traumatic stress disorder. Neuroscientists have determined that memories that form in the amygdala region exhibit patterns that are the opposite of what one would typically expect.

Rather than the neurons showing increased strength of firing of synaptic connections, what ends up happening is that some neurons will diminish in their responses, while other neurons will increase. There is a redistribution of neurons that fire together, as a result of some neurons disappearing in one region, and other neurons forming in another region, described as a push-pull phenomenon by Don Arnold, neuroscience professor at the University of Southern California (USC) and coauthor of the study.

Researchers at USC arrived at this new insight by tracking zebrafish synaptic activity while a memory task was performed. Activity was measured via the strength and location of specific DNA sequences labelled with fluorescent tags. In the memory task, the fish had to learn to associate a light with being burned on the head with a laser, which would trigger an avoidance instinct making them swim away. Brain activity was continually recorded before learning, during the memory task, and after. If after 5 hours the fish continued to swim away from the light, then that indicated that learning had occurred. Synapse maps generated before and after successful learning of the memory task provided concrete support for the mechanism of associative memory formation.