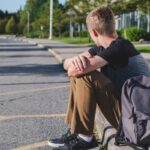 Looking inside the brains of bullies and victims

Bullying is a common issue in schools across North America. Although understanding the behaviour of bullying is important, knowing what is happening inside the brain of a bully is just as important for prevention and treatment of bullies. Research has consistently shown that bullying is associated with poor mental health for both the bullies and the victims. However, a new study on brain function in bullies and victims sheds light on the precursors to these behaviours. The study was published in Social Cognitive and Affective Neuroscience.

An interpretation of these results is that bullies tend to interpret social interactions as hostile more often and have less empathy for distress. This allows the bullying behaviours to continue in a vicious cycle. However, there are some limitations to this research. The study is cross-sectional, which means the data on bullying behaviour and the fMRI data were collected at the same point in time. Thus the study was not designed to show that bullying behaviour precedes or causes the increased amygdala activity. Longitudinal research is required to strengthen these results. Once we have a complete understanding of the relationship between brain function and bullying behaviour, we can begin to think about how to better equip schools to not only prevent bullying but provide bullies with the mental support that they may need.