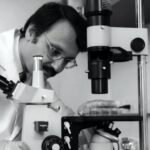 Learning motivation and an aging brain

In a recent McGovern Institute study described in an article by Anne Trafton, researchers have identified the brain circuit that is responsible for maintaining the motivation to learn new things or engage in daily activities. The circuit was specifically involved in evaluating the associated cost and rewards of possible outcomes.

The study was influenced by the knowledge that as people age, they often lose this kind of motivation. The striatum, a focus of the authors’ lab, is part of the basal ganglia, and contains clusters of cells called striosomes. Striosomes play an important role in approach-avoidance conflicts, which involve decisions that have negative and positive outcomes. The article describes getting a new job as an example: an individual might make more money, but might have to weigh this against moving away from friends and family. The hypothesis is that striosomes are gatekeepers: a striosome “absorbs sensory and emotional information coming from the cortex and integrates it to produce a decision on how to act.” The dopamine-producing cell center that striosomes connect to, the substantia nigra, may further strengthen the action.

The study was conducted using mice. During the study, the mice heard two tones. If the mice licked a spout when they heard the first tone they would receive sugar water, and if they did not lick the spout after hearing the second tone they would receive dimmed lights. As the mice performed the tasks there was increased activity in the striosomes, supporting the idea that assigning value to outcomes is impacted by the striosomes.