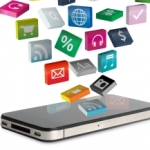 In a New York Times article, Natasha Singer relates criticisms of behavior-tracking apps, in particular the most popular, ClassDojo, which its developer reports is now “used by at least one teacher in roughly one out of three schools in the United States”. Some of the concerns (expressed by “parents, teachers and privacy law scholars”) are that such technology: