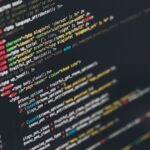 Is learning to code more like learning a new language or learning to solve mathematical problems? This study highlighted in this article explores this question.

As with human languages, coding involves learning new terms and symbols. To become fluent, you must be able to communicate your thoughts to each party involved, which includes you, the other person, and in the case of coding, the computer.

Evidently, coding is not the same as language learning or math problem solving. So where exactly does it fit in?

Evelina Fedorenko’s group studies whether functions unrelated to language activate regions of the brain’s language network. So far, they have concluded that music and math do not. In the new research highlighted here, they studied the relationship between coding and language. They used an fMRI scanner to determine which parts of the brain were activated when the participants (young adults proficient in Python and/or ScratchJr) determined the function of the provided snippets of code. The researchers concluded that the multiple demand network and not the language network was involved in coding problems. However, both the left and right hemispheres of the network were activated, whereas solving math and logic problems usually involves the right hemisphere.

The research suggests that coding for proficient users does not rely on the language network, but as a beginner, learning to code may depend on both brain networks involved in both math and language processing. This leads to the conclusion that coding should be taught as a combination of language and math skills.