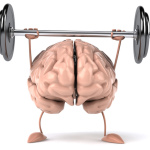 Trounced by a brain-training octogenarian

An article by Adam Shaw in the BBC explores whether brain-training exercises are really the hoax people claim they are. While brain-training has received a lot of criticism in the past, including a 2009 BBC study suggesting they are “no better for you than surfing the internet,” Shaw’s experience tells a different story. Despite the skeptics, neuroscientist Dr. Ryuta Kawashima continues to assert the validity of his brain-training exercises. He explains that the brain’s ability to change exists in people of all ages and a series of simple exercises can sharpen the brain, reducing the effects of aging. His book entitled “Train Your Brain: 60 Days to a Better Brain” has sold over 2.5 million copies.

When Shaw visited Japan, he competed against Endo Tokiko in a brain test. Tokiko is an elderly woman in her 80s who has been practicing Dr. Kawashima’s brain exercises. To his surprise, Tokiko finished her entire test in the time it took Shaw to finish the first section. In addition, scans of their brain revealed that she had completed the exercise using only a fraction of her brain power. On the other hand, Shaw’s scan lit up like a Christmas tree, emphasizing how much effort he had been putting into the test. So, while there still may be no conclusive proof of the validity of brain-training exercises, perhaps there is more merit to them than many believe.