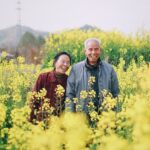 We are living in an era where biomedical research has advanced exponentially – to the extent of being able to roll out and distribute a vaccine to millions within just months of the declaration of a pandemic. As scientists gather more knowledge about longevity, and as humans continue to live longer, this introduces concerns about age-related neurocognitive conditions like dementia. Buffers against the development of memory impairment are related to cognitive reserve, which is defined as “the brain’s ability to cope with the effects of age-related brain damage and maintain optimal performance”. Cognitive reserve becomes more robust as neural networks become more complex, which is associated with reduced risk of age-related neurological disorders. One factor that may have a significant positive effect on cognitive reserve is the ability to speak two languages. This article explores whether there is a correlation between bilingualism and enhanced cognitive functioning as one ages.

The study was conducted on 63 participants, aged 60 years or more, who had no history of neurological or psychiatric impairments. Factors that influence cognitive reserve were measured from all participants in the study, and included level of physical activity, nutrition, career type, leisurely activities, education level, socioeconomic status, marital status, and quality of social relationships. Bilingualism was one factor that researchers wanted to explore further as to the effect it might have on brain functioning in older adults.

Bilingualism was captured by two parameters: how long the speaker had spoken the language, and how fluent the individual was. All participants involved in the study had self-identified as bilingual, which is operationally defined in this research paper by one’s ability to speak two languages. They were instructed to engage in a task that measured one’s functioning in executive inhibitory control. Interestingly, those who performed best were those who were strongly fluent in their two languages. An important distinction here is that it was fluency that mattered, more so than how long an individual had spoken the second language.

Study coauthor Federico Gallo notes that among those participants who were strongly fluent bilinguals, the correlation between other cognitive reserve parameters and the level of performance in the flanker task became negligible. Thus, bilingualism may be a key factor associated with the slowing of development of age-related memory disorders, and a more robust cognitive reserve in older adults.

From a practical perspective, bilinguals may have more complex neural networks because they switch frequently between the two languages in day-to-day living, as language is used continuously and extensively, while the other factors that play a role in determining strength of cognitive reserve are more variable. The level of physical activity that one engages in may change with seasons, as can quality of nutrition, and type of leisure. The same can be said about education, household income, and marital status, as these traits can fluctuate with the transition to the “retirement” stage in life.

As a takeaway, bilingualism can have a protective effect against the detriments associated with cognitive aging such as worsening of short-term and episodic memory, slowed information-processing speed, and reduced visuospatial function.