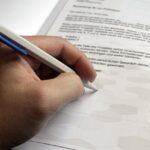 There is a popular belief that the left brain is the logical, rational and analytical side of the brain, while the right hemisphere is associated with emotion and creativity. Perhaps building on this idea of lateralization, some also hold that left-handed individuals are smarter than right-handed people.

There is good evidence for lateralization (the idea that cognitive abilities tend to involve one hemisphere more than the other), and for average differences in lateralization between left- and right-handers. Studies also show there is a combination of genetic and environmental factors that influence a person’s propensity to become left-handed. But beyond that, there is ambiguity within the scientific literature concerning differences in intelligence between left- and right-handers, possibly explained by differences in sample size and methodology across research papers.

A 2018 meta-analysis that examined and combined 18 different studies measuring the association between IQ scores and handedness was conducted by Eleni Ntolka and Marietta Papadatou-Pastou from the University of Athens. A meta-analysis allows for a much larger sample size to study from (20,442 subjects, in this case) and increases validity and statistical power.